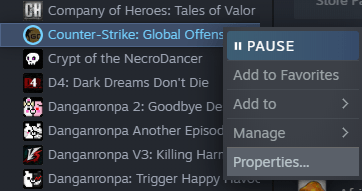 FREE DATING SITES NEAR ME

Daviddwarf wrote: ». Make sure your graphics drivers are up to date. Hi, I too am having issues with the game loading on Windows Basically I hit Play in Steam, I get the COH2 splash screen then all goes dark for about a minute, then the game crashes to desktop with a submit error report box.

I have updated graphics and verified integrity and even tried praying, all to no avail. I've also contacted support at the links you've provided but haven't heard anything back. Flyingsmo… Posts: Ever since I updated to Windows 10, I've been getting Error s multiple times the failed to create dump file error. Most often it occurs during the loading screen for a multiplayer match, but most recently it occurred in the middle of a match itself. Very frustrating and it's occurring multiple times daily.

Another frequent occurrence is the game crashing after a match. After the match is done, and I quit to the menu, the match stats page shows up, but as soon as I click the close button to get rid of the match stats screen, the game crashes to desktop with a bugsplat. This was happening before I even upgraded to Windows Still happens frequently, at least once a day. Running the latest Nvidia drivers for my GTX as well. All other games are fine except COH 2. Colonel M… Posts: Im on windows 10, I just did a verification of the cache and it told me that some files were missing, it downloaded them and now the game is working.

I hope this helps someone out there with the same issue. Glythe Posts: 1, Friend of mine is having an issue with CoH2 after installing Windows He doesnt want to bother posting on the forums but when he launches the game it tabs out. When he tabs back its a black screen that just hangs. Apparently he gets repeatedly tabbed out.

Any ideas? He has a brand new install and verified the files. This is the only game he's having a problem with. Neighbor … Posts: Upgraded W Yesterday I played, or tried to play 3 games.. I played a dam near awesome 2 hour game. Then the next game I crashed yet again According to the warning log, I'm having massive ping drops to the relic server. Doesn't make sense. My DL speed from speed test is I do stream, but that doesn't really affect me at all with any of my games, and never has done so in COH2 before either.

This a relic side issue? This is driving not only me crazy, but my friends are going nuts. Me more so though. Any thoughts? Since my Win10 update yesterday, the game runs only in windowed mode. That is, when resolution is set to x I've done all the basic stuff: driver updates, verified game cache, etc.

The only thing left for me to do is fully reinstalling the game. Anyone else having problems with fullscreen mode? Sulrn Posts: 1. September Also having the same issue, but occurred as a result of Coh2 Updating, not Win I have the latest. I de-installed and re-installed the game But I still didn't had the luck to finish a game.

Don't matter which settings I used. After a more or less long play time CoH2 simply just crashes. Any ideas what to do? Now im crashing due to the game causing my graphics card to crash. I could be playing a game for 10, 20,30 minutes or more.. IceManiac Posts: 0. Nalano Posts: October This intimate feel comes across immediately in the very first mission, which sees you controlling a lone Tiger tank against relative hordes of British troops in Normandy, with you weaving your way in-between tight roads and medieval stone walls.

It may seem a strange and almost empty proposition to have just one tank under your control in a strategy game, but Relic is hoping that less will be more. Sure enough, just a few moments after I'm sat down in front of the screen, my lone unit splutters to a halt and half the crew jump out to make repairs. The whole combination of moving those different squads together was fun".

Not so with tanks, apparently. Here, we had to blunder through the interface to take out walls and dish out suppressive fire from vehicles. The big thing with direct fire is that it works like a wall hack: You can see enemy units coming using the overhead view and so time your attacks to hit as soon as the enemy pokes their noses around the corner. Of course, being direct fire means that this only works for units you directly control, but the interesting thing is that this is a mechanic for all units.

Units under direct fire control have a considerable advantage, but the downside is that the other units are left to their own devices, which will make for interesting multiplayer possibilities. If the single-player campaign looks to be a kind of entry point for newcomers and a new angle of attack for veterans, the proposed changes to multiplayer aim to cover all eventualities.

Wood refused to confirm or deny the introduction of new factions beyond the Wehrmacht the belated introduction of the Soviets would be warmly welcomed , but he could at least talk about a fundamental change to how players will be able - to a limited degree - customise unit production in multiplayer games. The plan is that players will be able to swap between vehicles so you can make your Panzer Elite hit harder, perhaps at the expense of fast movement For instance, as your main light tank, you might, as the British, prefer the new Staghound or the Stuart or as Americans, the Greyhound or the Stuart.

The deal is that choosing one before a battle locks out the other. The metagame element to all this is that players will learn which units their opponents may favour. It's a principle common in many persistent-character FPSs and MMOs where you choose a kit or character inventory ahead of a battle or raid.

If you don't manage your resources correctly before the map begins, you can lose before the battle has even started. In an RTS environment, whether this is just over-restrictive, or whether Relic is taking tactics a touch too far down the FPS road in terms of limiting the weapons you carry, will have to remain to be seen. It's a little combination of being able to out-think your opponent outside of the game that I think adds a different level of strategy and diversification.

If anything has managed to keep Company of Heroes and Dawn of Wor fresh, it's been the diversity offered by the expansions that followed them. A few years ago an expansion pack was usually a bunch of missions cobbled together and one or two new units added for good measure. Relic has consistently proved that expansions can and should stand on their own as games in their own right by broadening the features they offer so that they don't just appeal to hardcore fans. Tales of Valor looks to be following a similar path, by reinvigorating the original game and offering new experiences to those who might have let the original pass them by, whether, like me, they were just never gripped by its finely-honed grasp, or whether they were simply jaded by the never-ending assault of WWII games.

I think Company of Heroes does a really good job of balancing the demands of realism against historical accuracy and entertainment. Reinvention has been the word on everyone's lips when it comes to Relic's wartime poster child. Company of Heroes streamlined the real-time strategy experience by taking out all the naff or boring bits to create an arcadey, action driven title that was rightly hailed as a benchmark for its genre. All the more sympathy then for Relic, who have given themselves a monumentally difficult act to follow and some pretty tough choices to make as to where they should go next: keep the same magic formula and risk stagnation, or make too many changes and lose what made COH a success.

What they've produced is actually a fairly decent instalment in the franchise, but an ultimately dumbed down experience. In fact, "instalment" might be pushing it a little since there isn't an awful lot in the way of new content here. The campaigns consist of a paltry three missions a piece, and each will take you no longer than a couple of hours to complete.

That being said, this is still Company of Heroes, and in spite of the woefully short single-player it's still the pinnacle of WWII strategy, and merit has to be given to Relic for riskily attempting to renovate a part of the genre increasingly lacking in any real sparks of originality.

Much like Dawn of War II and World in Conflict, Tales of Valor takes the less-is-more approach to real-time strategy warfare, with battles being strictly small-scale and players being in control of only a handful of men. Relic's centrepiece for this scaling down philosophy is the first new campaign in the expansion.

Tiger Ace sees you taking control of a single German Tiger Tank crew, rampaging through the streets of Villers-Bocage. That's right: no resource management, no buildings and no unit production. This really does mean that there's little involved strategy, no discernible sense of difficulty and so, to be honest, not a whole lot of fun. Relishing in the glorious and gratuitous destruction that the Havok engine allows you to inflict on the poor French countryside will of course never get old and so visually, Tales of Valor delivers the timeless COH magic that we have all come to love.

The new campaigns also introduce Direct Fire, a new real-time aiming mode that allows you to use your mouse to aim and fire your turret or squad manually. This is only useful on occasion, and it's difficult to shake the gimmickiness of it, especially when pointing and clicking will get the job done most of the time. 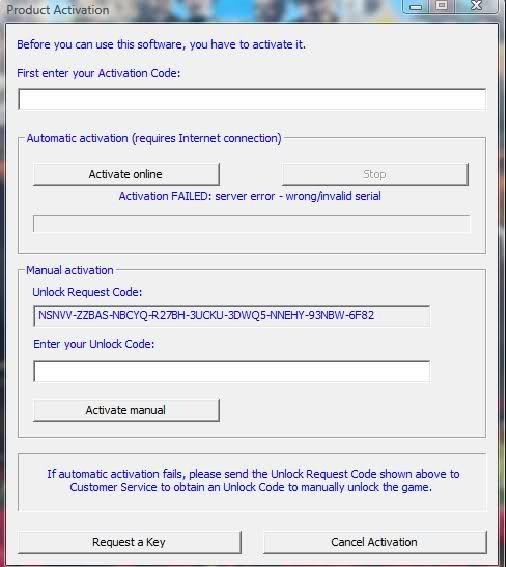 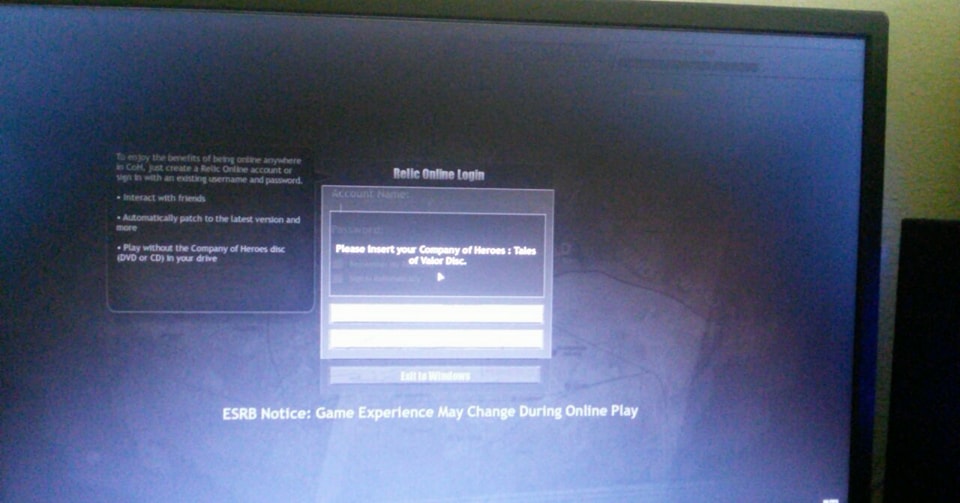 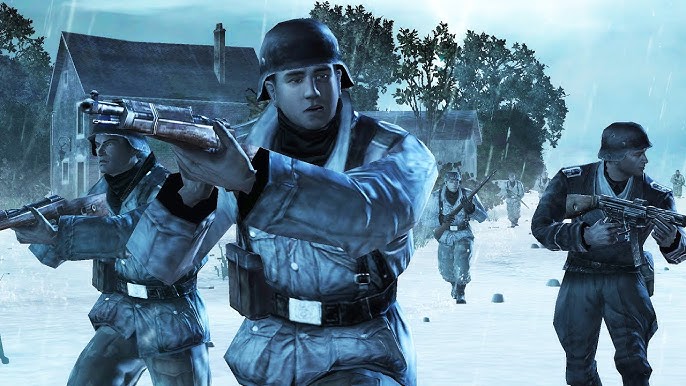